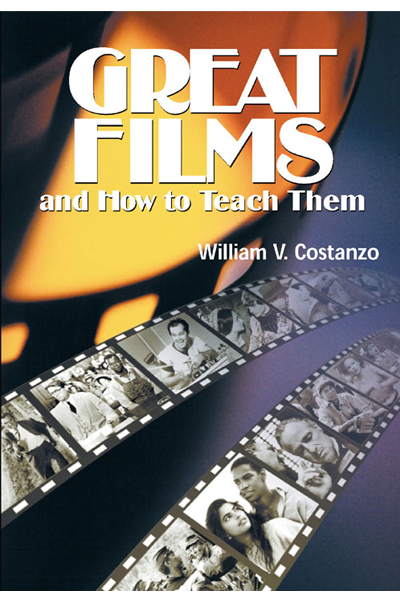 Great Films and How to Teach Them

This expanded, updated edition of the classic Reading the Movies contains 80% new material on teaching film, including study guides of 14 new films.

William V. Costanzo, author of the classic Reading the Movies (1992), is back with Great Films and How to Teach Them, an updated, expanded edition that contains 80% new material on teaching film, including study guides of 14 new films.

Recognizing that the growing worldwide interest in film presents exciting teaching opportunities, Costanzo offers high school and college teachers a relevant way to engage their students through a medium that students know and love. The author combines developments in pedagogy with many aspects of film study—film scholarship, the nature of movies themselves, significant changes in the movie industry, film technology, American culture, globalization, and the connection with literary texts.

The first part of the book includes not only updated chapters on standard topics but several new ones as well, intended to prepare readers for movies in the 21st century:  adapting fiction to film, how to “read” film, film technology, film history, film as a business, film theory, film genres, representation in film, film in the English class.

The second part of the book offers study guides for 14 films, from classics to contemporary international hits. Three appendixes and a glossary of film terms round out the book’s many teacher resources. Written in an accessible, straightforward style, Great Films and How to Teach Them makes it possible for novice and experienced instructors to successfully incorporate film into their classrooms.

Films Featured in the Study Guides