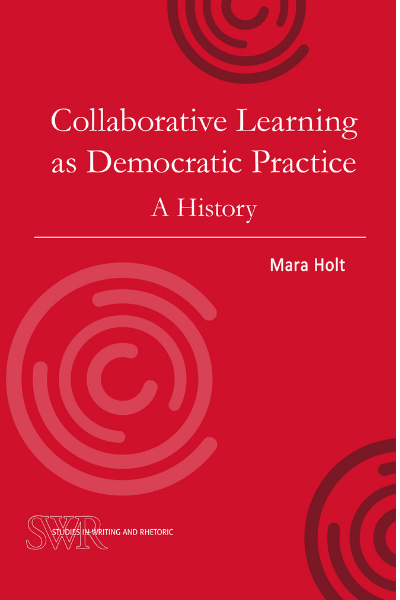 This is a print version of the book. A PDF ebook version is also available.

Collaborative learning is not only a standard part of writing pedagogy, but it is also a part of contemporary culture. Collaborative Learning as Democratic Practice: A History examines the rich historical and political contexts of collaborative learning, starting with John Dewey’s impact on progressive education in the early twentieth century.

In the 1930s, for instance, collaborative practices flourished. In the 1950s, they operated in stealth, within an ideology suspicious of collaboration. Collaborative pedagogies blossomed in the protests of the 1960s and continued into the 1980s with the social turn in composition theory.

Twenty-first-century collaborative practices influenced by pragmatism are found in writing centers, feminist pedagogies, and computer-mediated instruction. Mara Holt argues that as composition changes with the influence of ecological and posthuman theories, there is evidence of a significant pragmatist commitment to evaluating theory by its consequences. CCCC Studies in Writing & Rhetoric Series.