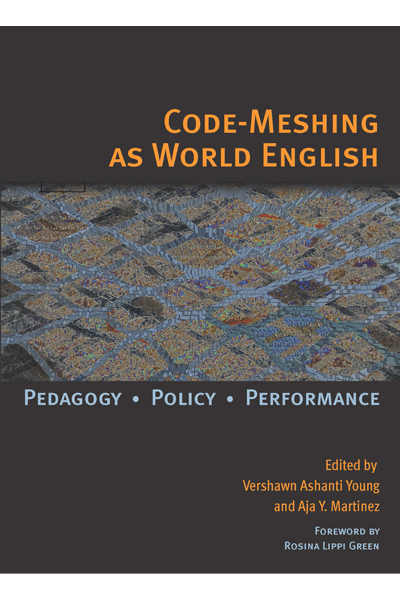 Although linguists have traditionally viewed code-switching as the simultaneous use of two language varieties in a single context, scholars and teachers of English have appropriated the term to argue for teaching minority students to monitor their languages and dialects according to context. For advocates of code-switching, teaching students to distinguish between “home language” and “school language” offers a solution to the tug-of-war between standard and nonstandard Englishes. This volume arises from concerns that this kind of code-switching may actually facilitate the illiteracy and academic failure that educators seek to eliminate and can promote resistance to Standard English rather than encouraging its use.

The original essays in this collection offer various perspectives on why code-meshing—blending minoritized dialects and world Englishes with Standard English—is a better pedagogical alternative than code-switching in the teaching of reading, writing, listening, speaking, and visually representing to diverse learners. This collection argues that code-meshing rather than code-switching leads to lucid, often dynamic prose by people whose first language is something other than English, as well as by native English speakers who speak and write with “accents” and those whose home language or neighborhood dialects are deemed “nonstandard.”

While acknowledging the difficulties in implementing a code-meshing pedagogy, editors Vershawn Ashanti Young and Aja Y. Martinez, along with a range of scholars from international and national literacy studies, English education, writing studies, sociolinguistics, and critical pedagogy, argue that all writers and speakers benefit when we demystify academic language and encourage students to explore the plurality of the English language in both unofficial and official spaces.